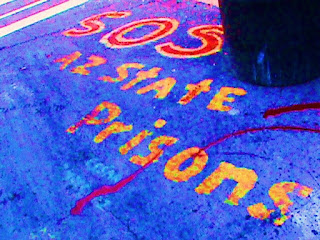 Resistance Alley, Phoenix
June 4, 2011
Most of my readers have no doubt by now seen the Channel 12 investigation of Tony Lester's suicide. For those who haven't, the links to the first installment and the follow-up are here:

Below is a post from the AZCentral/Channel 12 website by retired Az Department of Corrections Deputy Warden, Carl Toersbijns. Carl has been a staunch advocate for the rights of mentally ill prisoners, and has an insider's perspective on the treatment they receive (and the lack thereof, as in Tony's case)... 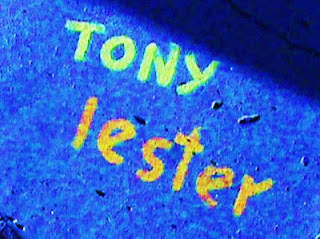 http://www.azcentral.com/vi...
Watching the Channel 12 video on this suicide, it reminded me of the many suicides we have endured in the several years while employed as a prison employee. I know that we can’t save every life nor do we feel compelled to go above and beyond reasonable measures that are both legal and morally acceptable. There are no answers for everything that happens under the heavens but for sure there is a reason for everything that does.
There are many questions still unanswered but there were no administrators disciplined for the death of inmate Anthony Lester, a mentally ill person, incarcerated and sentenced to die at his own hands. Diagnosed with a severe mental illness, his judgment and sentence report contained a recommendation by a judge to be admitted for psychiatric care while in prison. In addition, his medical and mental health files were covered with his treatment needs and were ignored by the Arizona Department of Corrections as he was admitted, classified and sent to a non-mental health unit in Tucson, Arizona.

Several months after his incarceration, Anthony Lester was put on a mental health watch for suicide risks and self-harm statements made to staff and mental health providers. His watch didn’t last long and he was released back to general population but instead of going to the yard, he was placed in isolation via a stay in a detention cell. His needs of the “voices” he was hearing was not addressed nor was he on any medication that was part of his treatment. Soon after, Lester, with the help of a cellmate, took a razor erroneously given to him by an officer and removed the blade. He then cut his body in many places and finally, he wrote the words “voices” in his own blood before he cut his jugular vein and died.

The investigation was personally handled by the director of the agency as he hurriedly appointed an investigator via telephone and gave specific instructions on his expectations and time frames to conduct this investigation. This would be revealed by the audio tapes of this case. I also know this because I have been involved in many of these deaths where the phone (sometimes the red phone) rings and it is one of the chiefs in Phoenix barking orders how to handle it. As a former deputy warden, I have been taught two things by mentors and not so mentor like people. Control the environment – first you control the internal environment (your own house and make sure the bed is made and the carpet is swept clean for company and looks) make sure the post action report is intact and not filled with red flags or inflammatory works that seek clarification or needless curiously – second control the external environment and make it quick neat and easy to understand when delivered to the press, the governor or those in the legislature curious enough to ask. This control means that the time frame of the incident must be controlled and seamless.

This is done by keeping the package tight and mum until all drafts received have been laundered and ready for inspection. This is the case in every major incident and prepared carefully to avoid any other sources under the Freedom Information Act discovery bases. Evidence is not tagged and often disregarded deemed not relevant. This also includes statements received that are in conflict with other data received. Everything is sanitized for public inspection.

The investigator was given a week to put the case together. Such cases usually take anywhere from two to three months and have a 53 day window for action but the director insisted on limiting this case to one week. Under pressure, the investigator did what he could under the circumstances. It was not a very thorough job but it revealed the staple of the case, unauthorized razor issued to the inmate that facilitated the death. It did not thoroughly glean enough facts of the culture, the practices and the decision making of the unit’s administration and custodial responsibilities. As a result, disciplinary action was limited to those present at the time of the suicide and for not performing first aid on the inmate as they took no action what so ever to preserve life and remained there in the cell until the paramedics arrived thus admitting they stood around for almost 23 minutes doing nothing.

Admittingly, the DOC admitted to it is a “preventable suicide” but did nothing to correct the problem and disciplined staffs by taking two weeks’ pay from their paycheck. They should have fired them and let the personnel board decide whether or not the act(s) were dischargable offenses. I believe it’s a Class 7. Regardless an appeal would have justified a better review than the first time around when they went head hunting and found those closest as the easiest to punish. The entire process was tainted with missed data, clues, evidence and interviews. Had an independent investigator done the job, it would have revealed a deeper cultural chasm than actually reported. That is why nobody in the top administration was admonished or punished. The DOC protects those who protect them. Politics as usual. Not just in the DOC but in many public service areas.

The director said they retrained all staff on the suicide prevention training course. I am sure they did on paper. Most staff wont engage in CPR -only the good ones do - others are told you better not start or you will be blamed for doing it wrong - otherwise they are left for medical to treat them with few exceptions as I have personally seen great correctional staff at the Eyman SMU’s do great things. In this case medical was never called nor did they arrive. They waited for the outside fire department paramedics to treat a bleeding person and did nothing else but stand around. It’s the culture that is toxic and harsh. - for those who families in prison, you should be concerned for their wellness - for those who don't you are paying for lawsuits and payouts that are not necessary but when negligence is so easily proven the cost is high.

They initiated training for 8,000 plus people on paper and will show they did the remedial training as expected by the outlines of the post o action report. But as the videos and interviews of this case reveals, these officers don’t even pay attention to the basic first aid classes and just sign in to get credit for the course. Ask any of them what they think of the training and they will laugh out loud and walk away to avoid answering you.
Wendy Halloran did a great job!! She knew the investigative process was tainted the moment the director got involved personally and directed courses of action that negated those the assigned investigator would have taken without being under duress of such administrative pressure. Meeting with the chief executive officer of the facility before any active case work is done, they develop a dialogue with them creating a compromising prejudice in the handling and direction of every investigation as the warden’s input is capricious and often tainted to reflect personal interests thus adhered to as law by these investigators. In some cases, investigators lie to others about the cases and the results of evidence. Thus this practice called “false dichotomy” that includes eliminating conflicting or contradictory information skews the reports and sends an altered message as a final result that has been deliberately botched to protect those politically sensitive in such cases. Basically, this results a finding of information versus meaning and is very confusing. The origins of such problems include unqualified or politically compromised investigators or their supervisors that cause false reports on their test results. This problem could be fixed by hiring qualified personnel, training them properly and providing adequate oversight and separating their authority and supervision from direct administration by executive personnel.
Is it fixed… not hardly under this administration but when the right person takes charge and makes human lives valuable again, it might be done right. Until then, status quo demands no changes.

Just keep paying the lawsuits, it's business as usual in the DOC.

Source:
http://www.azcentral.com/vi...
Posted by Margaret Jean Plews at 8:42 AM