According to Parsons v Ryan, the class action lawsuit against the AZ DOC for gross negligence in their health and mental health care delivery, most suicides occur in maximum security, single cells. Todd Hoke was in the supermax when he died; his will be added to a long list of names of prisoner suicides under Director Charles Ryan and Governor Jan Brewer - the rates doubled when they took over.

If Todd's family is out there, you have my condolences - I hope you get a lawyer to get to the bottom of what happened to him - it could help prevent future suicides. Thoughts today are also with the survivors of Todd's 17-year old victim, Amber Hess, for whom this event will bring up difficult emotions as well.

If anyone knows the circumstances of this young prisoner's death or the story of his life - not just his crime - please let me know: Peggy Plews arizonaprisonwatch@gmail.com 480-580-6807. 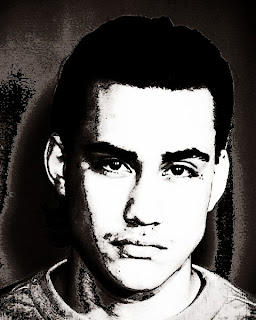 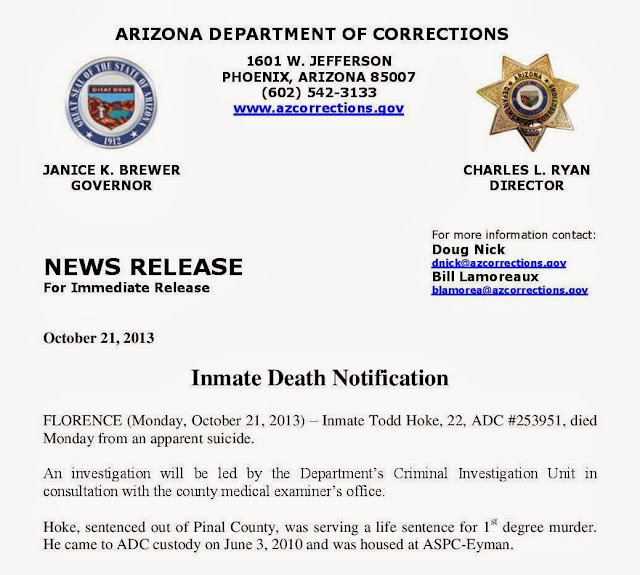 Posted by Margaret Jean Plews at 1:02 AM 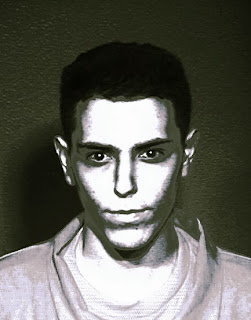 
This 21-year old ASPC-Yuma prisoner died late last month, the cause of which is still under investigation. What is going on in Yuma prison? That's at least the third young man to die of "natural causes" from Yuma prison in the past 18 months, beginning with Joseph Venegas, 28, who died in his cell from pneumonia, having not been seen once for it by medical. Then there was Jesse Cornejo, 24, who reportedly died of AIDS-related penumonia shortly after being hospitalized for it. According to Jesse's family, he didn't even know he had AIDS until he was within weeks of dying.

If anyone knows anything about Harold's life or death that will help me better narrate his story, please get in touch with me. Anything you can share with me about Harold's death, if it was suicide, homicide, an overdose, or medical negligence may help other prisoners who still have a chance to make it home alive. It may also help his family get answers the DOC won't give them.

If you are a friend or family, you have my condolences. If I can help in any way, please don't hesitate to contact me also. My name is Peggy Plews, and I hear from a lot of families in your shoes.  My phone number is 480-580-6807. My email is arizonaprisonwatch@gmail.com. 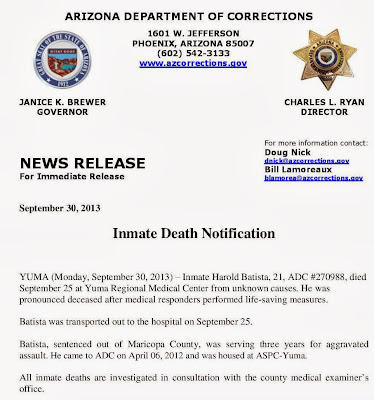