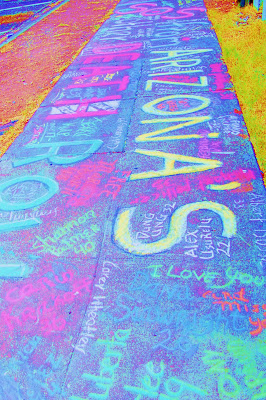 
The excellent letter below was written by Carl Toersbijns, a retired AZ Department of Corrections Deputy Warden. He worked at the state's Supermax prison in Florence, ASPC-Eyman, and knows of what he speaks. The opinion piece by Steve Twist that Carl is responding to  is here.


Find Carl's personal blog here, and his blog on AZCentral under kodiakbears, here.


ARIZONA REPUBLIC LETTER TO THE EDITOR:

In reply to Mr. Steve Twist’s story on Arizona state prison systems, I am compelled to write to set the record straight from another viewpoint that differs very much with those of Mr. Twist. In order to do this, I will reveal  I have 25 years in corrections with the last 5 years with the Arizona Corrections agency as a deputy warden of operations. I left on good terms but was viewed critical by many because of my viewpoints that were not shared by peers and co-workers inside the prison system. That having been said, I am readily identified as a critic of the agency and how it spends its money and how it operates it systems statewide. Being viewed as a “progressive” in this state can cause heartburn by many and conflict as well.

Yes, Mr. Twist, Arizona prisons do make an easy target for the media but not just the Arizona Republic. There have been numerous critical reports delivered to the community by good investigative reporters who researched their stories for accuracy for they knew they would be challenged by the DOC for accuracy.

The characterization made for the alleged “gross mischaracterization” of the “unofficial death row” that exists within the prisons statewide is accurate. There cannot be a debate about the deaths that have occurred since Director Ryan took over in the end of January 2009. To set the record straight do your homework and visit the agency’s web page at http://www.azcorrections.gov/Minh_news_gov.asp news releases and do the math.

Reporters are reporting exactly what is being provided by the agency in a most non-transparent manner as many deaths are “pending investigation”, natural deaths, suicides and homicides, just as it was reported by all media reporters especially Mr. Bob Ortega, who requested hundreds of freedom of information documents to solidify and document his data accurately.

Truth in sentencing rules of engagement were dominated by political influences of ALEC, PRIDE and many other groups who promised financial support for those who supported their views on his to be tough on crime. This is hardly an admirable position to take for what is suppose to be a task driven for justice and equality for all under our constitutional demands.

You boldly speak of “Maximum-security inmates, those who have committed brutally violent crimes, and those who have demonstrated predatory, unruly and violent behavior by being a danger to other inmates and staff, generally make up the population housed in high-security settings” and say this without one solid contribution to personally observing these conditions or walking the tiers as many of us have for at least 16 hours a day, five days a week.

You speak of them not being in “dark isolation, deprived of human contact or anything comparable to solitary confinement.” I challenge your knowledge and ask how you arrived at this conclusion without setting one step inside one of these facilities for no less than 8 hours.

Again, as a former deputy warden of one of the highest and most restricted security units in the state, Eyman SMU II, Florence Arizona, I never remember you walking the corridors and making this evaluation or observation first hand thus I must assume you either took a 20 minute “dog and pony” tour that was offered to all politicians and attorneys from the AG’s office or you were told this by someone who didn’t work there either.

Regardless, you information is totally misinformed as I can validate these conditions through spending my time walking, talking and interacting with both staff and inmates inside these dark corridors where direct sunlight only hits them in the outdoor recreation box if the sun is up at high noon.

In your letter you wrote “Nevertheless, these dangerous inmates are appropriately housed for the safety of the public, themselves, and other inmates and staff” which is a statement we can agree on for sure.

Your perspective in your “discussion of the rate of inmate deaths in the Arizona prison system” is either outdated or unreal. Although you mention valid reasons for death, you purposely omit the long delays of constitutionally mandated healthcare standards that accelerate or impact the risks of recovery and while we are talking about drug overdose, suicide and homicides, these events are never clearly explained or revealed as most investigations are shoddy, incomplete and designed to close the matter as “pending further investigations” with no real follow up to reveal the actual cause of death. You cite traditional and known factors as contributors to death just so you can marginalize these deaths as human beings not provided the proper custodial care and protection under law.

Your reflection of your “housing environment” is positive but lacks the details that might reveal to you problems contributing to the overall efficiency of these housing units especially in a hot state such as Arizona.  The prisons are aging and maintenance or rather preventive maintenance has been severely impacted by budget cuts and personnel cuts that once were available to take care of these physical plants and repair as needed to keep all HVAC systems in compliance and other maintenance tasks timely.

These “variety of housing environments: dormitories, double-person cells, detention areas where inmates are temporarily segregated, and maximum-security single-person cells that are exclusively for problematic, dangerous inmates -- the worst of the worst” is an untrue statement.

They are not the “worst of the worst” as I estimate at least 26 % are mentally ill; 50 % are protective segregation or death row and the rest are gang validated and behavioral problems that need to be kept out of general population because of their supervisory needs.

For those gang and violent offenders, the state needs to review their policies and see how they can reduce their custody levels through step down programs that will allow them to return back to general population at one time or another instead of indefinitely.

There are too many mentally ill prisoners housed there who don’t belong in max custody but rather a treatment center for stabilization, recovery programming, medication compliance and crisis intervention. Mixing them with non-mentally ill prisoners impacts and upsets these “housing environments” severely and creates more uses of force, more medical injuries, more self-inflicted wounds and more staff getting hurt because of triggers inside there that is best described as chaotic and loud once the others join the rants and anger of those kept there for reasons that warrant another review by both clinical personnel and medical personnel who are violating their ethical oaths and licenses for not treating these prisoners kept there in max custody.

You state “But in all cases, an inmate is able to interact with others. This includes the worst inmates, whose cells are in areas where they can speak with others in cells around them” thus you marginalize their housing conditions as acceptable and humane yet you have no idea what goes on inside these cell areas that turn into “bedlam” or craziness on a moments notice that impacts the sanity and insanity of everyone housed there as the need to use chemical agents is often not reserved for the one individual acting out but the entire pod will be exposed because of the ventilation systems that are joined and linked to each other through their venting systems. It is obvious you have never engaged in making housing assignments for as you had, you would know there is a systematic manner of making housing assignments inside prisons that carries with it many factors too long to mention.

The fact is that I am a critic of the agency. I am a critic in the manner they dispose of human beings in a cultural demeanor that dictates “deliberate indifference” to their civil rights and standards of care as well as custodial responsibilities.  I am a critic in hope of finding change in the manner we do business in Arizona prisons.
Many of these prisoners, both the mentally ill and the others will return back to our neighborhoods without treatment, programming and successful release planning. Their chances of staying out of prison are reduced by the lack of understanding and comprehension of how prisoners do time in Arizona as you have so superbly demonstrated by your letter indicating you are endorsing the manner it is being run and that civil rights and human rights don’t matter as long as you are incarcerated in the state of Arizona.

For the record, we have a prison system that provides “food and shelter, education, work programs, alcohol- and drug-addiction programs, and medical- and mental-health care that meet community standards” and that is most certainly truth to some extent. Your statement is misdirected to those lower custody yards not written about by Mr. Bob Ortega.

However, Bob Ortega wasn’t writing about the open yards where these amenities are so closely monitored and delivered and in compliance to a large degree. He was talking about the max custody units [and administrative segegation / detention units] where a fair proportion of Arizona prisoners are now housed under current policies to fill max custody beds so they can justify asking the legislature for more max custody beds. Beds that are the most expensive type to keep and filled but that doesn’t matter to those who pay taxes as they are willing to shell out $ 1.1 billion dollars for a system that has so many problems, they are “money pits” and wasting valuable funds that could be redirected to educational and other social needs for this state instead of prisons.

The only way you can save money on prisons is to reduce the population (what a concept) and find alternative sentencing and give the discretion back to judges to apply justified prison sentences for all persons equally under the law. 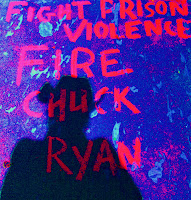 Posted by Margaret Jean Plews at 2:14 AM