New Year’s Greetings to those behind bars in the AZDOC:

This may well be my last letter to you all as Arizona’s Prison Watcher, since my family has recently called me home, where last week it was literally colder than Mars. I moved back East around Thanksgiving and immediately got caught up in my loved ones’ medical crises. Then my house burned down in December, just before I moved in - thank goodness no one was hurt. I’m crashing on a friend’s sofa now, and all my stuff is buried in the garage under the things that were salvaged from the house after the fire. That means my office is still in boxes, and may well sit there until spring, as I have no place else to put it.

Furthermore, while I did put in a forwarding notice with the post office before moving, a lot of stuff didn’t get forwarded for over a month and I got hit all at once with a ton of mail last week. So, I’m not blowing anyone off - I just haven’t been able to get back to most of you who have written in the past few months. That’s what prompted this letter, as I can’t answer all your requests for help - really, I’m having a time of it right now myself. The best I can do is refer you to my friends and comrades back in Arizona, in hopes that they can help you somehow. None of the following people have asked me to promote them or anything, by the way - I compiled this list as a favor to you, not them.

To fight the AZ DOC by reading up on their policies, your civil rights as prisoners, how to sue them yourself and such, contact the Phoenix Anarchist Black Cross. You can also report human rights violations to them. They’ll try to send you the info you need to fight back. This is a group of people I trust who have supported my work the most; they organized this ABC chapter specifically to carry it forward. Most are prison abolitionists/ anarchists like me, so you can bet your mail with them will be monitored, maybe even messed with by DOC. If you dont give a damn though, there are some pretty cool folks to correspond with and they’ll send you whatever info they can to help you fight the state...Just be careful about getting too radical in your own rhetoric with SSU reading - its so easy to get carried away when you find like-minded folks who want to hear your voice. You could become a politicized prisoner and end up buried in a lonely hole for the next decade, labeled an anarchist or some kind of extremist yourself. That could follow you, too, out the gate. Most of you would be best off if you simply state your issue and stick to the business at hand if you need some kind of resource from them. Their addy is Phoenix ABC PO Box 7241, Tempe, AZ 85281

Next up is my colleague Stacy Scheff. I’ve been following the work she’s done these past few years. She’s a civil rights attorney, not a free one, either - she has bills to pay. But she is very competent when it comes to prisoner rights litigation, can coach you through filing a suit yourself if need be, and will do a demand letter re: PC or medical care for a reasonable fee. DOC and the AG know her, and that she’s not to be taken lightly. She used to work with Vince Rabago, but has recently started her own practice in Tucson. If you need a legal consult on a matter of your rights as a prisoner, get a legal call to explain your issue and see what she might charge, or write to her. I get no kickbacks for referrals, by the way - I just know that if you have a case, she can kick the state’s a**, which makes me happy.  Law Office of Stacy Scheff  / P.O. Box 40611  / Tucson, AZ 85717-0611 /  (520) 471-8333  FAX: (520) 300-8033

Of course, there’s also the American Civil Liberties Union of Arizona (ACLU-AZ). They sued the DOC in the class action over health care at the DOC, Parsons V Ryan. Ask them for a copy of the original complaint and the stipulations the DOC agreed to in the settlement - it might help you in your own fight for access to medical care. You should also report violations of human and constitutional rights to them. FILE GRIEVANCES over that stuff, first, though, and see them through - follow the policy or you have no chance in hell of holding DOC accountable in court down the road. Even if the ACLU doesn’t intervene in your individual case, its so important for prisoners to document with them what’s going on inside, that’s what get’s them paying attention to areas that may require litigation: a barrage of compelling testimony from prisoners and their family members, and evidence of unconstitutional policies and practices.  They are at: ACLU-AZ / PO Box 17148 / Phoenix, AZ 85011.

I’d also recommend reporting the abuse and neglect of prisoners with serious mental illness (SMI includes major thought and mood disorders, like schizophrenia or manic-depression) to the Arizona Center for Disability Law. The AZCDL has the “Protection & Advocacy” authority in Arizona, which is power to intervene with institutions where disabled individuals are being abused, neglected, or denied their civil rights. Historically they have not helped SMI prisoners on an individual basis (they litigated the DOC in Parsons v Ryan over the poor treatment of mentally ill prisoners and the abuse of solitary confinement), but they may make an exception if your case is representative of a bigger problem they’ve been hearing about. The only way to really drag them into this fight is for those they should be serving (or those looking out for them) to write to them. Even if they don’t help you, your letter may help them tune into what SMI prisoners are going through, and get them more involved on some other level. Their contact info is:

If you’re fighting for your medical care, or dealing with extreme isolation, the folks to write to are at the American Friends Service Committee (AFSC-Arizona) in Tucson. They’re on top of prison and health care privatization, new legislation affecting criminal justice issues, and in the fight against solitary confinement. They wrote “Death Yards” about Corizon’s shoddy care, and a booklet on solitary confinement in AZ. They may have other resources that can help, and it’s good for them to hear from prisoners about what’s going on. Their contact info is: AFSC-Arizona  / 103 North Park Avenue,  #111 / Tucson, AZ  85719 /  (520) 623-9141 They also have a new campaign confronting the Treatment Industrial Complex. Check it out.

Another place for prisoners (not solely people of color) to report the DOC’s bad conduct  to is the NAACP of Maricopa County.  The attorney who volunteers for them is in only once a week, but is good about checking the mail and will occasionally pursue a complaint on a prisoner’s behalf if it appears civil rights are being violated, whether it’s due to racism, homophobia, or other such prejudices. She’s advocated for the safety of gay and transgender prisoners as well, regardless of race. She’s a member of the National Lawyer’s Guild, too - I often see her at protests doing legal observing (cop-watching). She also goes around the state doing presentations to community groups against private prisons and mass incarceration - thank her for all her community service if you write. Send your letters “LEGAL MAIL” to: Dianne Post, Legal Redress  /  NAACP of Maricopa County Unit 1011 / P.O. Box 20883 / Phoenix, AZ 85036

Until all cages are empty, and all are free - 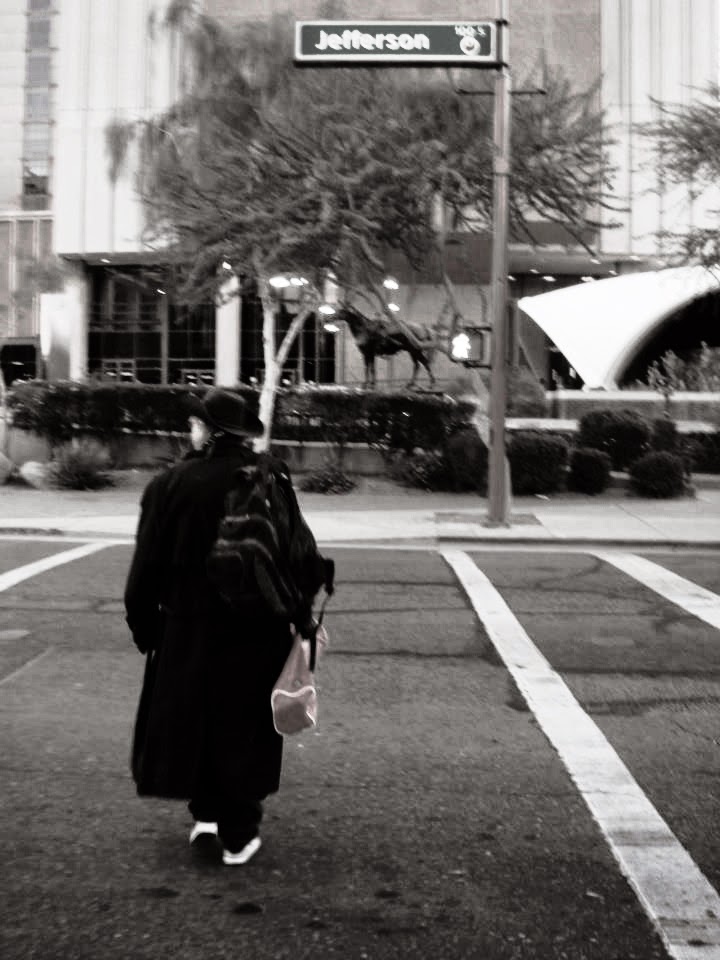 ART ATTACK at the Maricopa County Courthouse
Day of the Dead Prisoner: November 1, 2013
Posted by Margaret Jean Plews at 6:00 AM