I heard from Michael's family this afternoon - my heart goes out to them. Michael's suicide is a mystery, baffling even his mom. I spent the day with Dana Seawright's and Tony Lester's loved ones - all of whom send their best to Michael's family.

To the best of his mom's and brother's knowledge, Michael didn't have a history of suicidal behavior, nor was he previously diagnosed with a mental illness. He wasn't in trouble with any gangs, and seemed to have adjusted to prison. Michael had trouble with the other guys when he first got there - everyone has to show their court papers to prove they aren't a snitch or a child molester right away, or they draw suspicion. But his bro cleared that up for him, and he was doing alright, as far as he knew.

So, as is so often the case, this totally blindsided his family. Perhaps it came as a surprise to the ADC as well. For now, though, they just need to grieve; an attorney will make sure to get to the bottom of what happened to Michael for them, once the ADC's criminal investigation is complete.

Whatever other folks out there can do to keep pressure on the Department of Justice to open a CRIPA investigation into these AZ prison suicides and homicides would still be greatly appreciated. Let them know you're a concerned citizen, or have family in AZ state prisons, or whatever your standpoint is, in relation to the prisons. Point out there appears to be "patterns and practices" at the ADC that have increased the suicide and homicide rates, beginning in January 2009, from previous years. Use examples - search Google "deaths in custody" with "Arizona Department of Corrections" - tell them what you're seeing going on here (they hit the same stuff when they look). The point is to make it clear that the word is already out in the community about these deaths, and we want to know when they're going to get on the ball and help the ADC fix whatever problems they're having right now.

I want more for my tax dollars out of the ADC, though frankly - I want these kids coming home safe, and to be better prepared to move on with their lives than they were the day they walked into prison - not more likely than ever to return. We must first keep them alive, though...for $20,000/year, we should be able to do at least that much.


Send your "CRIPA Arizona" requests to:

Johnathan M. Smith, Chief
US Department of Justice - Civil Rights Division
Special Litigation Section
950 Pennsylvania Ave, NW
Patrick Henry Building
Washington DC, 20530
Please also help us get the AZ House Health and Human Services Committee to open an investigation into the mental health and medical care - and the suicide and homicide rates - at the AZ Department of Corrections. We want testimony to be entered into the public record from prisoners and family members alike. We want transparency, and accounting of how all mental health resources are being distributed among the 25% of their prisoners with a diagnosed mental illness. We want oversight into both the public and private prisons.

You can add your own demands to that list, and write to the HHSC Chair, Cecil Ash (personal snail mail letters are best) at:

If you are a prisoner or family member, all the better - you can give first-hand information.


Finally, here's the national suicide hotline, for folks who have a rough time with this kind of thing: everyone should be on the alert for another suicide in the coming days and weeks, too - keep a close eye on your friends, if they're troubled - suicide can be contagious...hopefully the prisoners most affected by this young man's act will be given the support they need coping with it, without having to fill out an HNR and come up with the medical co-pay. Unfortunately, I don't think state prisoners can dial out to toll-free hotlines - though it wouldn't be a bad idea to set something like that up for them.


If you're on the outside, though, need help getting through a crisis, and can't get it from a friend - or just need to bounce things off an objective third party - call these folks:

The Department of Corrections announced today that this young prisoner from ASPC-Florence/Central killed himself yesterday morning, April 19. He was doing time for burglary - six years for a "non-repetitive, non-dangerous" property crime - why are we doing that to our troubled youth? He got more for that than for an attempted aggravated assault charge. I suspect I'll get more details on what happened to him in the next few days. 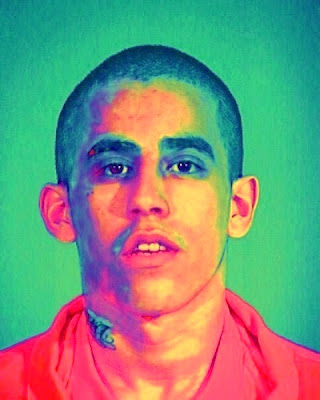 Michael Tovar
August 11, 1990 - April 19, 2011.
ASPC-Central/Florence
Our condolences go out to Michael's family. Please get in touch with me if there's anything I can do to help you though the process of dealing with this - you don't have to go through this alone. I can at least help you connect with other families surviving the same kind of trauma. They are the families of Susan Lopez, Dana Seawright, and Tony Lester - and they all know good attorneys, sad to say... They're also mad as hell and getting organized to take the state on in court. There's a resource page we just started here, with a memorial gallery of victims in custody linking to articles about prison deaths in the past two years:


Click on Duron Cunningham and Tony Lester's portraits, at the bottom of that site.

What happened to Michael didn't happen in isolation.
Duron was at Florence/Central, waiting for a decision on protective segregation, when he killed himself in September - after being raped and beaten on separate occasions. He was terrified that what was coming next for him would be worse than death.

Tony Lester apparently killed himself, too - he was at ASPC-Tucson/Manzanita and cut his throat after being told he didn't belong on the yard by members of the Native American gang.

My name is Peggy: I'm just a human rights activist and blogger. My door is open to survivors any time. My office is at 1009 N. 1st St., Phoenix, AZ 85004. My email is prisonabolitionist@gmail.com. Call me at 480-580-6807. I don't charge any fees. I've been tracking and reporting civil rights violations the AZ state prisons for the past two years; your attorney needs to know what I know.

The suicide and homicide rates doubled after Brewer took over the budget and Chuck Ryan took over the prisons. There have been far too many of these kinds of prison deaths lately, so survivors have also been organizing to push for AZ Legislative hearings, to get testimony from both prisoners and their families about the conditions of confinement, medical neglect, and the increasing level of violence and victimization over the course of the past 2 years on the record, and hold our legislators responsible for taking some kind of corrective action.


On May 1st, at Margaret T. Hance Park in Phoenix, some of those survivors of AZ prisons will be gathering for the May Day Workers' Rights Rally, at about 1:30. That's by the Main Public Library, off of Central. The coalition of human rights groups organizing it agreed that we won't get far in the worker's liberation struggle if we don't deal with the prisons - the most urgent matter being to bring down the level of violence, neglect, and suicide. We'd love to have you join us. (Look for the blonde in the black hat and bandanna - I look like something of an outlaw...)


To all the other AZ prisoners:

I believe that when we survive hell with any kind of voice intact, we need to raise it so the others can find their way through, too. So please don't bail on us, or return to a life of crime - come join the Revolution, instead. Raise your voice in protest, or help someone in worse circumstances resist.

Fight the battles really worth taking a stand on through the grievance process -and write to me, if you're struggling to do so, or have exhausted all you administrative remedies already. We'll help you work through the process of defending your rights.

If you have family out here, have them contact me too - they're your best allies - we need their help.

MOST IMPORTANTLY OF ALL, THOUGH:

PLEASE LOOK OUT FOR EACH OTHER IN THERE.

OR WAIT FOR THE PRISON TO HELP THEM THROUGH IT.

YOU'RE REALLY THE ONLY FOLKS

WHO ARE GOING TO HEAR THEM, IT APPEARS.