Duron's mother, Saundra, recently sent me this flier from his memorial service in St. Louis, Mo., held in October, 2010, a few weeks after his suicide; I took liberties with the colors. Duron was a Hebrew Israelite, which meant he would have likely been socially stigmatized by other prisoners, particularly gang members, for not being a Christian in an environment where such things matter. He killed himself after a period in prison during which he'd been raped on one occasion and set up subsequently by a guard he complained about to be beaten as a snitch.


This tragedy didn't need to happen. Duron had sent letters to the ACLU after his rape, and his mother had contacted everyone from the ACLU to the DOJ to the Arizona Attorney General's office for help while he was still living; the only answers they got were denials of responsibility to intervene, when they got responses at all. They weren't even referred to someone else who could help - they were supposed to be it, from all that the rest of us are told. No one else will help victims of violence in custody, it appears - not even DES' adult protective services' if the prisoner is severely mentally impaired and reports being assaulted or neglected, as far as I can tell.


I've heard that from other prisoners as well - I lost a little credibility early on by urging them to contact the ACLU and the Feds about some of what I was hearing from them; most knew well enough to leave them alone - or at least not to have any expectations. I think litigating Joe Arpaio took a lot out of the AZ ACLU - that SOB is trying to exhaust our collective resources to force him to respect the human rights of his prisoners, using our tax dollars in the process. As a result, there hasn't been much left to deal with the state prisons - then came SB1070.


I don't know what the DOJ's excuse is, though. Holder has plenty of money to piss away busting up medical marijuana dispensaries set up under state laws, and spying on anti-war demonstrators - there's no reason they couldn't be looking at the AZ state prisons right now, as far as I'm concerned - except for the politics of it all...maybe Obama doesn't wan to look like he's picking on our poor state too much - his administration did give Brewer permission to dump all those patients from the state medicaid rolls.

Things are changing now, though, folks, so hold on to yourselves and your cellies - if you're friends - for dear life. It's not just that the ACLU is stepping up to the plate here, it's that the community is mobilizing behind prisoner rights.


* The Phoenix May 1st Coalition has offered a spot on the May Day Rally stage for families of those who have died in the custody of this state in recent years, concurring that there can't be much of liberation movement for workers if we leave our slave labor force behind in the struggle. Please come meet them at 1:30, May 1st, in Margaret T. Hance Park (by the public library and the 202, off Central) in Phoenix.


* Local disability rights activists and former ADC officials have been prominent in the fight for the decent treatment of prisoners with serious mental illness, particularly those confined in Supermax or detention/isolation cells. A Community Roundtable has been organized at the ASU Art Museum this Tuesday, April 26, at 5:30pm to bring light to the needs of the mentally ill in the criminal justice system .


* The families of the dead are reaching out to those of the living, and some prisoners are putting everything on the line for the chance of making tings a little better for the next one to fill their shoes and cells....


So, hang in there, prisoners and families. Help is on the way, but most of the work will still have to be done by you - especially now. Hammer the ACLU-AZ, the DOJ, AZ Representative Cecil ASH, and the media with letters about the conditions of confinement, the violence, the gangs, and the poor medical care, even if you've done so 100 times before with no response - now's the time when it might really count. Their contact info, again, is below. Keep a copy of what you send, and make one for me if you want me to post it.


That much, at least, I know Duron's mom and dad would want you all to know, before moving on...this stuff needs to change. 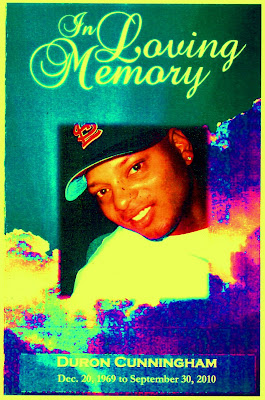 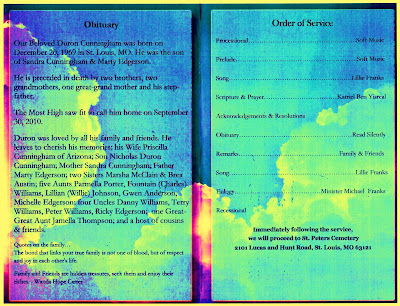 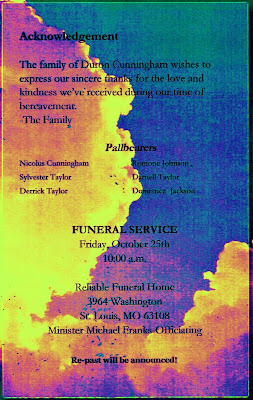