State violence is criminal damage, too.


Look what finally arrived - all that stuff from June's Artwalk night got kicked down to misdemeanors. There's more to come, though, I think. I've been trying to get the attention of the Superior Court justices, not these folks handling the misdemeanors. It hasn't been easy. Hopefully I won't have to commit more felonious acts of resistance to do so... 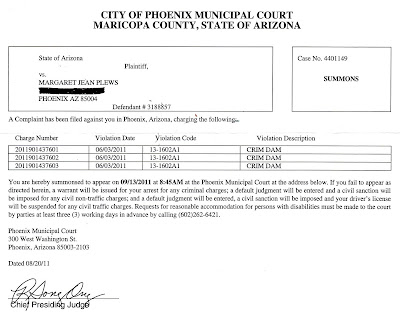 So, I guess my arraignment for this round of graffiti ("criminal damage") is September 13 at 8:45am. Come early if you want to help me chalk the walk - I'm working on a memorial to Arpaio's victims for the Municipal Court judges...

This is what it was all about, by the way... 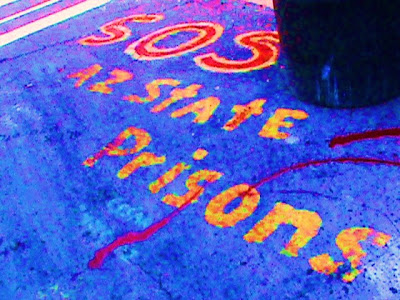