My friend, Kini, and I went down to the Herberger Theater in downtown Phoenix this morning, and chalked a huge mural on their Van Buren Street sidewalk - which happens to be facing the Arizona Republic Building. We hoped it would get someone's attention there, but they tend to ignore me so as not to encourage my protests. It's okay - we got what we needed and left. I'll catch up with them via the US Mail.

Kini's son, Dana Seawright, was murdered in Lewis Prison in July 2010; chalking a memorial for her son and the other prisons who have died in the custody of the Arizona Department of Corrections under Chuck Ryan and Jan Brewer was pretty personal. We both agree that in order to stop this body count from climbing, Chuck and his henchmen must leave NOW. The poison, the contempt for prisoners and their families, begins there and trickles down.

Anyway, we set out on this morning's mission because this was Occupy 4 Prisoners day across the country. This is how our own small action turned out - it made for some awesome postcards about deaths in custody.

Thanks to Patty at the Herberger today, by the way, for appreciating what we were trying to do and not washing it up as soon as we left. Sorry to leave you such a big job to clean up. 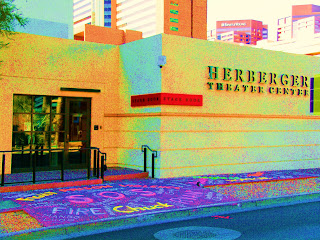 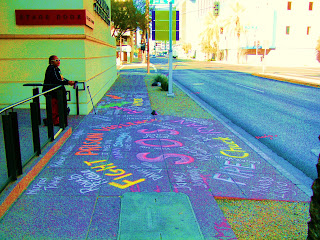 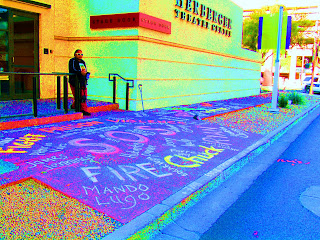 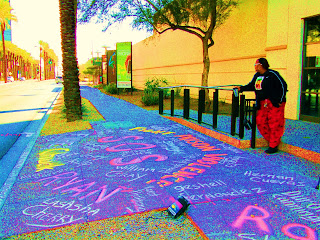 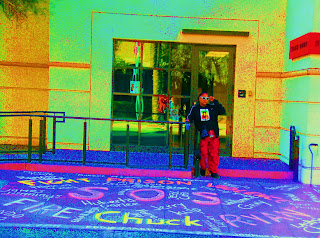 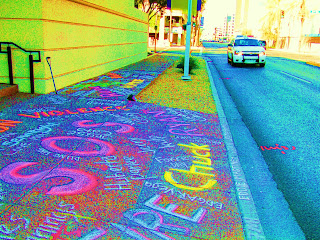 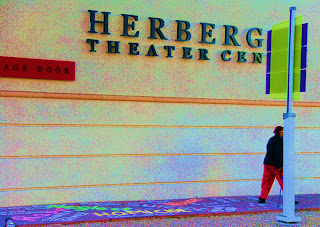 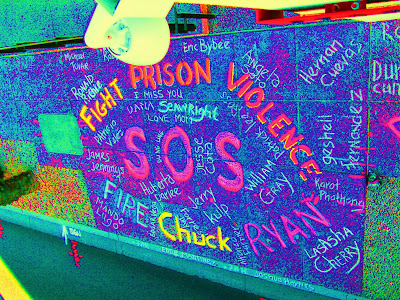 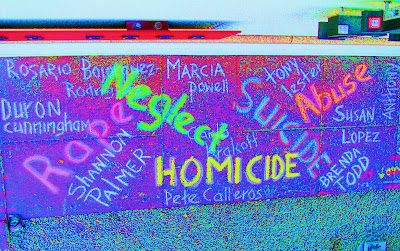 these were both shots taken of the sidewalk from the roof, courtesy of the good people at the Herberger.
Posted by Margaret Jean Plews at 5:46 PM