excellent report by Craig Harris at the AZ Republic is at the bottom. 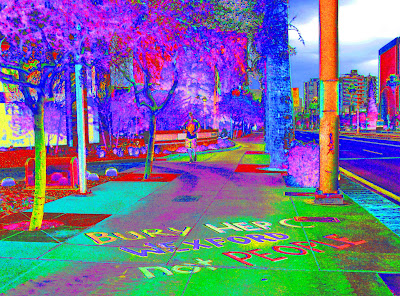 This media release comes to us this afternoon from Wendy Halloran at KPNX Channel 12 News. They will be covering the story tonight at 5pm and 6pm. Wendy was recently nominated for an Emmy for her investigation of the highly preventable suicide of Tony Lester.

Hep C is already a leading killer in our state prisons. Nearly 6,000 prisoners are already diagnosed with it, and another 20-30% of the prison population likely have it but don't know it yet...

From: LAMOREAUX, BILL [mailto:BLAMOREA@azcorrections.gov]
Sent: Tuesday, September 04, 2012 11:35 AM
To: Halloran, Wendy
Subject: RE: MEDIA REQUEST FROM WENDY HALLORAN AT 12 NEWS

On August 27, 2012, a potential exposure event occurred at the Arizona State Prison Complex – Lewis while administering medication. A vial of medication, which may have been compromised with a previously used syringe, was subsequently used to treat additional inmates.

Review of this event determined the potential exposure to Hepatitis C and involved up to 105 inmates. As a result, these inmates were notified and are currently being screened for infectious diseases as per protocol in such an exposure event. An independent laboratory, under contract with Wexford, will provide continued medical monitoring and testing of these potentially exposed inmates over the next several months. All patients will be informed of the results of the testing.

The medical protocols related to this potential exposure have been reviewed to ensure that subsequent events do not occur. The initial event remains under review by Wexford Health, the contracted provider responsible for inmate health care.

The nurse who violated the basic infection control protocols is an employee of a staffing agency under contract with Wexford Health. Wexford has banned the nurse from working under any of its contracts and has also requested that the individual be referred to the State Board of Nursing for investigation.


A nurse for the new medical provider for Arizona prisons may have exposed 103 inmates at the Buckeye state prison to hepatitis C by contaminating the prison's insulin supply, and state and local health officials were not alerted for more than a week.

Officials with the state and Maricopa County health departments, who confirmed to The Arizona Republic on Tuesday that they had not been informed by Wexford Health Sources Inc. of the problem, said they will launch investigations into the incident.

Official notification of the Aug. 27 error only came late Tuesday afternoon, hours after an inmate's family member had told 12 News of the potential health risk.

Wexford said it suspended the nurse on Aug. 27, immediately after learning the person "had violated basic infection-control protocols while administering medication that day."

"In talking with the Department of Health Services, they believe it should have been reported first to the county," Corrections Director Charles Ryan said late Tuesday. "That is a question we will have of Wexford -- as to the lack of notification or an explanation as to why that did not occur.

"The department has concerns about this issue, and we will be having further discussions with Wexford in terms of this requirement and some other issues as well."

Ryan said the incident occurred when a diabetic inmate who also has hepatitis C was administered a routine dose of insulin by the nurse on Aug. 27. The needle used on that inmate was inserted into another vial to draw more insulin for the same inmate.

Ryan said the contaminated needle was inserted into a vial which was then put back among other vials in the prison's medication refrigerator. It got mixed up with other vials used throughout that day to administer insulin injections to more than 100 other diabetic inmates. Later that day, Ryan said, officials realized that the vial that potentially had been tainted with hepatitis C may have been used to dose other inmates.

At that point, the nurse in question was suspended and prison officials sought to determine how many inmates may have been exposed.

All the vials of medicine were destroyed after the discovery.

Though corrections officials and Wexford declined to name the nurse, the Arizona State Board of Nursing identified her as Nwadiuto Jane Nwaohia. She has been under state investigation since June 2012 for unsafe practice or substandard care, but the board would not provide additional information on the nature of the previous problem.

Corrections officials first acknowledged the matter Tuesday morning after 12 News asked about the incident at the Arizona State Prison Complex-Lewis, which houses 5,382 inmates in minimum- to maximum-security facilities.

Hepatitis C is the leading cause of liver transplants and causes liver cancer. Seventy-five to 85 percent of people with hepatitis C develop a chronic infection, according to the U.S. Centers for Disease Control and Prevention.

Shoana Anderson, head of the state Office of Infectious Disease Services, said one of the biggest dangers for those infected with hepatitis C is "it sits in the liver quietly, and 20 years later, a person can develop severe liver disease."

Anderson and Jeanene Fowler, a spokeswoman for the Maricopa County Department of Public Health, said Wexford should have notified them of the issue.

"It's extremely disturbing that something like this could happen. It calls for a thorough investigation to determine all of the surrounding causes of the mistake or the negligence," said Don Specter of the Prison Law Office, a prison watchdog group based in Berkeley, Calif.

Ken Kopczynski, executive director of the Private Corrections Working Group in Tallahassee, Fla., called the incident "scary" and said it shows a lack of oversight by corrections officials.

"This is a problem with privatization," Kopczynski said. "They are just accepting who Wexford will hire."

Wexford, which has previously lost contracts for poor service in other jurisdictions, this spring won a $349 million, three-year contract to provide health care for Arizona inmates. The company began providing services for nearly 40,000 Arizona inmates on July 1.

In a written statement, the Pittsburgh-based company said it suspended the nurse immediately upon learning she "may have compromised a vial of medication by placing it in contact with a previously used syringe."

Wexford, in its statement, said a local staffing agency assigned the nurse to the prison complex. The company said that at no time was the same syringe and needle used on more than one patient and that no staff members were exposed.

Wexford said it reported the nurse to the state nursing board for investigation, but that did not occur until late Tuesday afternoon, after the news had been reported. The company also banned the nurse from working under any of its contracts in the future. Wexford provides health-care services nationwide to roughly 124,000 inmates and other residents at more than 100 institutions.

The state said inmates exposed were notified and are being screened for infectious diseases. An independent laboratory under contract with Wexford will provide continuing medical monitoring and testing of the potentially exposed inmates over the next several months, the state said. All patients will be informed of their results, though Ryan noted that some inmates may previously have been exposed to hepatitis C.

Before the problem at the Buckeye prison, Wexford had issues in other states. Clark County, Wash., declined to renew a contract with Wexford in 2009 at its county jail and juvenile-detention center after complaints that Wexford was not dispensing medications to inmates in a timely fashion.
Posted by Margaret Jean Plews at 7:18 AM