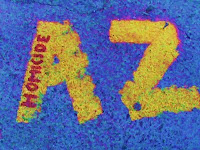 This is eerily reminiscent of Dana Seawright's story from July 2010, when he was beaten into a coma at Lewis prison for resisting gang orders, and ultimately removed from life support by his mom. Yes, it seems it could have - should have - been prevented here, had this fellow been placed in protective segregation after he was beaten so badly the first time. Instead he was apparently offered an "alternative" and seemingly "safe" housing option at ASPC-Yuma, where many of the other PS-rejects also get sent to be victimized even further. 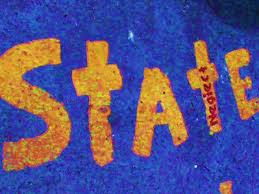 If anyone has any further information on this prisoner's beating in Yuma - and the long-term outcome - please let me know. I'm undertaking a massive campaign to address the skyrocketing rates of prison assaults and homicides over the past 3 years, and the troubles prisoners are having getting protective segregation status approved even after being threatened and attacked repeatedly. 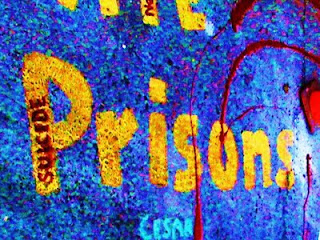 Any background information and hard documentation I can get my hands on would be greatly appreciated. I (Peggy) can be reached at 480-580-6807 or arizonaprisonwatch@gmail.com.


Our thoughts are with this man and his family tonight.

Wednesday, December 14, 2011 1:07 PM CST
Eddie Martinez, of Willcox, turned 51 on Dec. 12, but there was no joyous occasion. Instead, his family was waiting for six doctors to determine his fate after he was nearly beaten to death the day before in Yuma.

Martinez was declared brain dead at St. Joseph's Hospital in Phoenix and will likely have his life support turned off Thursday, said his sister, Tina Hidalgo, also of Willcox.

The tragedy is compounded by the fact that this could have been prevented.

Martinez was in prison for repetitive offenses of fraudulent schemes and theft. He was incarcerated on June 29, 2009 and has been moved five times. When he was transferred to Phoenix unit SMU 1, he was severely beaten by other inmates about four months ago, she said.

"His jaw was broken. They kept it wired shut four weeks longer than they needed to and his pain medications were being stolen. He lost 35 pounds, and had just started working out again. He was a body builder," she said.

He was moved after that incident to the Arizona State Prison Complex Yuma's Cibola Unit in San Luis.

"He had just written a letter to my mother (Helen Martinez of Willcox) saying that the inmates who had beaten him up were transferred to his unit. He did not say their names," Hidalgo said. "This time they killed him. We don't know how long he had been laying there before anyone found him."

"We want to know who is going to be held accountable for what happened to my brother."

Hidalgo said her mother had not been able to get any information from the prison.

"They called her after he was taken to St. Joseph's, but did not give her clearance to come see him until he was determined to be brain dead," she said.

When reached Tuesday morning, Bill Lamoreaux of the Arizona State Prison Central Media Office, said Martinez was discovered at just after 2 p.m. Sunday, Dec. 11, "with injuries consistent with an assault."

"He remains hospitalized (as of Tuesday), and a criminal investigation is ongoing by the ADC (Arizona Department of Correcitions)," Lamoreaux said.

"I can't give you any more information at thei time,a sthe investigation is ongoing."
Posted by Margaret Jean Plews at 5:41 PM